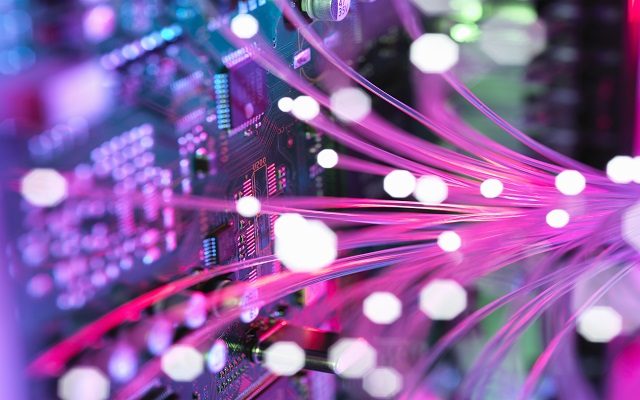 Artificial Intelligence is penetrating our everyday lives – from Facebook and Netflix, to IRobot Vacuums, to finding the fastest driving route on Google Maps – AI is something that is being used more and more. But, we never really SEE it.

So, what exactly is Artificial Intelligence?

Dr. Brent Auvermann, Center Director of the Texas A&M AgriLife Research Center in Amarillo, Texas, says Artificial Intelligence is a technology that helps us make sense of a wider range of inputs than we would normally be able to accommodate as human beings. “You think about, for example, a Fighter Pilot. Anymore the threats to a Fighter Pilot can come from further and further away – they can come in faster, they’re always coming in from places that the Fighter Pilot can’t see. And so, what did we put on the head of a Fighter Pilot? What she’s got on her head now is a smart helmet that helps her detect unseen threats, assign priority to those threats, and then present to her both defensive and offensive options that she can adopt to deal with those threats.”

And while agricultural production looks much different than the cockpit of an F-16, Dr. Auvermann states it is still a viable technology when we think about sustainable, economical farming and ranching. “If you think about a farmer that may have irrigation available to him or to her, that farmer is making lots of decisions year round – what to plant, when to irrigate, how much to irrigate, how much fertilizer to apply, when to harvest – and we want that farmer to be able to make those decisions confidently, but then tailor those decisions to different areas of the field that may perform differently.” From there, the AI technology then helps producers to conserve water, spend less money on pumping the water and so on. “We want to put together machinery that allows that farmer to make confident decisions about allocating his or her resources in a way that can maximize the amount of profit available.”

Artificial Intelligence is already being implemented in agricultural practices around the world. GPS is now a pretty standard feature in new tractors, soil moisture sensors provide data that producers couldn’t collect otherwise, and some operations are beginning to inject fertilizer in their irrigation water. All of these functions rely on AI to assess the area and what it needs. The producer can then determine if they need to administer that specific function – or not.

Is there ever a point, though, where the machines have too much freedom in making decisions? Can they be too intelligent? Terminator movies are fun to watch, but the public as a whole doesn’t really want to live out the experiences depicted in those films. In my interview with Dr. Auvermann we discuss this topic, and more, as we take a look at the benefits of Artificial Intelligence for both producers and consumers.