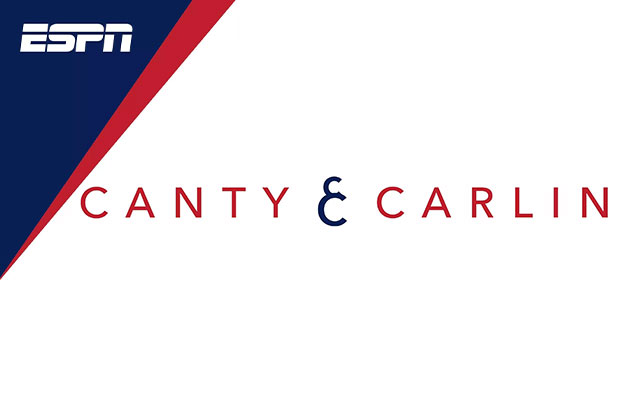 The show features the duo bringing listeners their unique insight on the day’s events and breaking news, as well as getting fans ready for the night’s action with the latest updates, analysis and more. The show also regularly welcomes a full lineup of special guests across sports and entertainment.

Canty shares insights that only insiders know from the field and locker room, but he’ll push the edges of sports, media, culture and entertainment to make your afternoon drive unlike any other ride.

Canty & Carlin marks Carlin’s full-time national ESPN Radio debut. The Emmy-winning host most recently led his self-titled show on 98.7FM ESPN New York since 2019. His engaging, opinionated yet humorous style has resonated with audiences throughout his career. Prior to ESPN New York, Carlin had already been a fixture on the New York sports TV and radio scene for over a decade including hosting New York Mets pre and post-game shows and a debate show called Loudmouths on SNY. In addition, Carlin hosted a TV special on SNY, “Scandal in Sayreville,” an investigative look at the bullying scandal in Sayreville, NJ. The story received national attention, and the show won a New York Emmy. He is also the voice for Rutgers football, which he has done since 2004 and has called games for ESPN Radio.